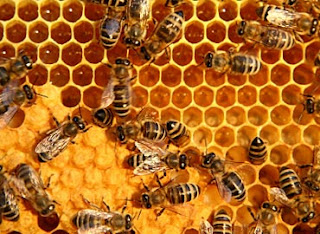 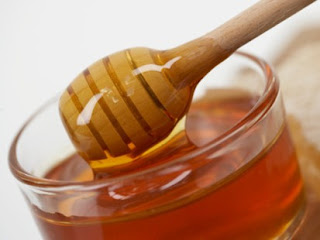 Honey is a sweet and sticky food made ​​by bees. In the summer of worker bees fly from flower to flower sucking a sweet liquid called nectar with its long tongue like a pipe. These bees alighted on thousands of flowers every day and a distance of tens of kilometers. A bee finds a nectar-filled flowers will return to the nest. Then the bees danced in the air. His movement is to tell other bees where the flowers are there a lot of nectar.

Bees bring the nectar back to the nest in a honey bag. Nectar in the honey bag can weigh up to half times the weight of the bees themselves.

In the hive the bees store the nectar in the honeycomb. This nectar then thickens .. When thick enough, the bees in a honeycomb close with a material called beeswax.

Bees and honey is the food eaten by human beings is also across the world. Since ancient times honey was used as a food ingredient.
الشِّفَاءُ فِي ثَلَاثَةٍ: فِي شَرْطَةِ مِحْجَمٍ، أَوْ شَرْبَةِ عَسَلٍ، أَوْ كَيَّةٍ بِنَارٍ، وَأَنْهَى أُمَّتِي عَنِ الْكَي
This is the wording of Al-Bukhari, who also reported in his Sahih from Ibn `Abbas that the Messenger of Allah said "Healing is to be found in three things: the cut made by the cupper, or drinking honey, or in branding with fire (cauterizing), but I have forbidden my Ummah to use branding"
ثُمَّ كُلِي مِن كُلِّ الثَّمَرَاتِ فَاسْلُكِي سُبُلَ رَبِّكِ ذُلُلًا ۚ يَخْرُجُ مِن بُطُونِهَا شَرَابٌ مُّخْتَلِفٌ أَلْوَانُهُ فِيهِ شِفَاءٌ لِّلنَّاسِ ۗ إِنَّ فِي ذَٰلِكَ لَآيَةً لِّقَوْمٍ يَتَفَكَّرُونَ
"Then eat from all the fruits and follow the ways of your Lord laid down [for you]." There emerges from their bellies a drink, varying in colors, in which there is healing for people. Indeed in that is a sign for a people who give thought." (Surat An-Naĥl: 69)
Posted by Unknown at 09:31 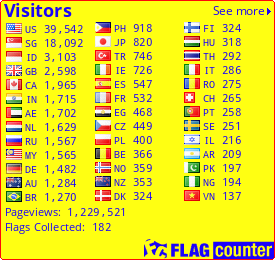